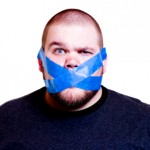 For quite some time, the team @ Larian has been showing remarkable constraint in the content they put in our games. Years of working with external producers telling them that you can’t say this, you can’t do that, be careful no to offend this group etc… have conditioned them to be … nice. Which is strange, as that’s actually quite counterintuitive for them 🙂

Now don’t get me wrong, they are a nice bunch, but occasionally you will hear comments that are inflammatory enough to ignite the fires of indignation in a  broad part of society. The funny thing is that it’s just their sense of humor, and they don’t mean anything bad by it, but as we’ve learnt over the course of the years, humor is very relative and you need to be careful if you’re releasing your games worldwide. At least, that’s the common doctrine.

So now we’re making Dragon Commander, and one of the things we’re trying to do with that  game is putting recognizable real world situations in a fantasy context. The game contains a RPG part that’s all about choice and consequence, and the idea is that you have to decide as a ruler how you want to organize the societies in the lands you’ve captured. That means you need to make political decisions, so we figured it’d be cool if we filled the game with situations that are very similar to the things we read in our newspapers every day.

The first batch of political decisions I received from my design team was by the book – nice, and sure not to offend anybody. So I returned the file to sender with the message that “nice” wasn’t representative of  political debate, and I wanted some more meat.

The second batch I received immediately triggered every warning signal that’s been conditioned into me by hordes of producers, legal teams and  I guess what my own media environment considers as political correctness. But it was representative of the things over which we debate, and that’s exactly what I asked for, so I couldn’t complain. Not that I really wanted to.

Topics covered were euthanasia, abortion, illegal immigrants, healthcare, same sex marriage, drugs, religious tolerance etc… exactly the kind of things that can get you in a lot of trouble if you dare vent an opinion that diverges from whatever position is taken by certain social, ethnical or cultural groups.

The problem I have is that we’re putting these into a game context, meaning that we need to attach consequences to whatever choice you make. The mechanics of Dragon Commander are such that whatever choice you make, certain factions will be satisfied by it while others will vehemently oppose it. But if you make a choice that fits with the faction you’re trying to please, then that can be considered as a reward, and so I can already foresee  public reactions like “Larian’s new game rewards players for taking liberal view on same sex marriage” or “Dragon Commander gives you bonus if you authorize drugs”. It might be interesting to note that I picked the most docile topics here.

The nuance that one faction is pro and the other extremely against, and that for any bonus you might get, there’ll also be a malus, will probably be completely lost amidst such debate. And considering that we already received death threats over the abrupt ending in Divinity II: Ego Draconis, I guess we probably shouldn’t be surprised that this time we’ll be facing something potentially far worse.

Which sparked the debate – are we really sure we want to do this ? I’d be interested in hearing your thoughts about this, and will then follow up with a second piece.