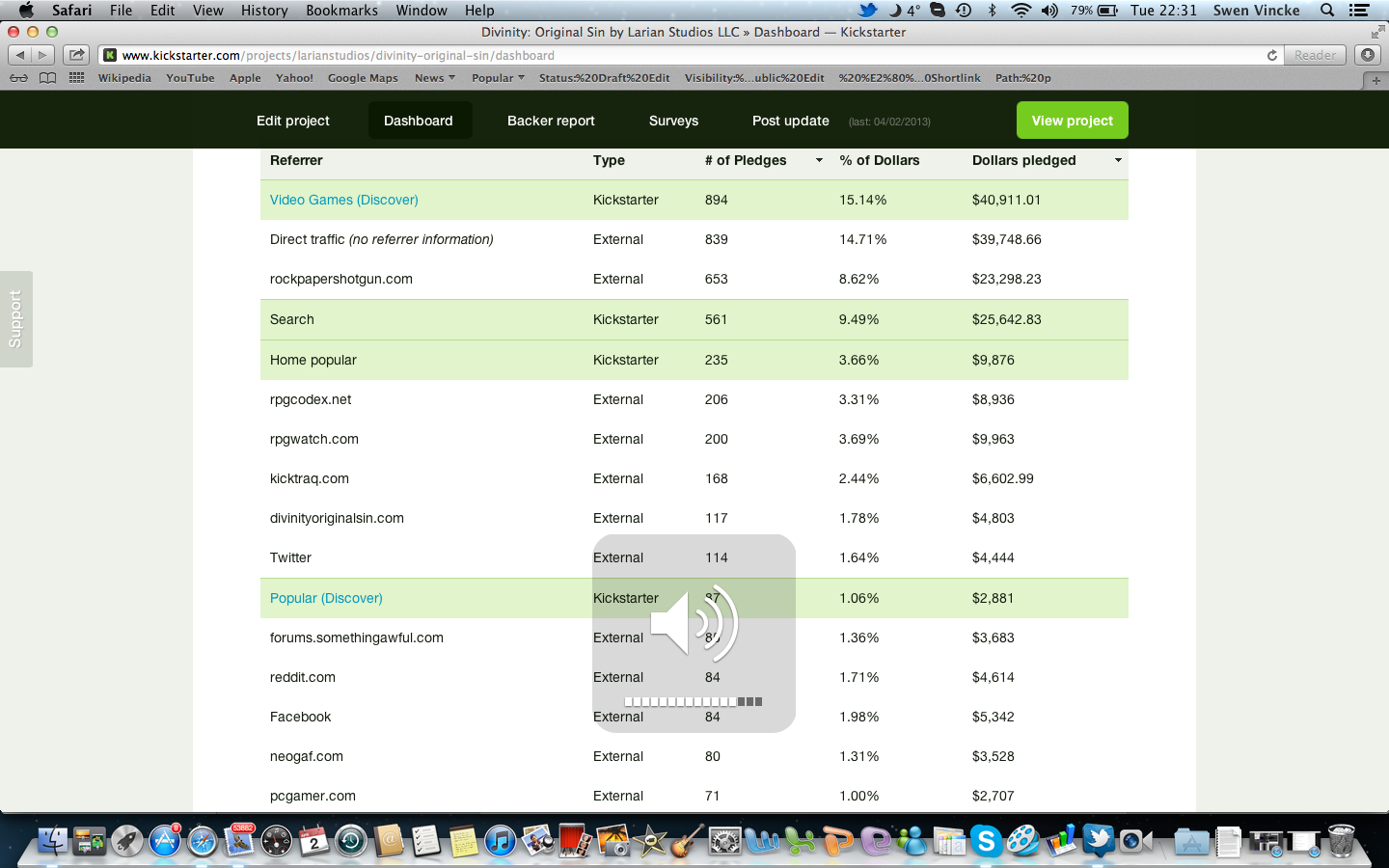 This going to be a very short post because I need some sleep, but I just wanted to mention how motivating it is to see all these shows of support and how helpful all our fans and backers have been. I’m exhausted but reaching 63% of our funding goal (252K at present) in 5 days is just amazing and it’s very easy to find energy amidst so much support.  And the feedback we’ve received is worth gold – that alone is a reason to do a campaign like this – now I understand what Brian Fargo & the guys at Obsidian were shouting about all the time. It’s one thing to be reading about it, it’s a completely different thing to be in the middle of it. Anyway, that’s it – I actually just wanted to share a few stats from our campaign:

The average pledge amount so far is $44.23 (really high imho so we have generous backers). We’ve had 30118 video views and of those 17,78% finished the video, both numbers low imho so we need to do something there. We are now at a conversion rate of 18,9% so that’s dropped but it’s still pretty high. 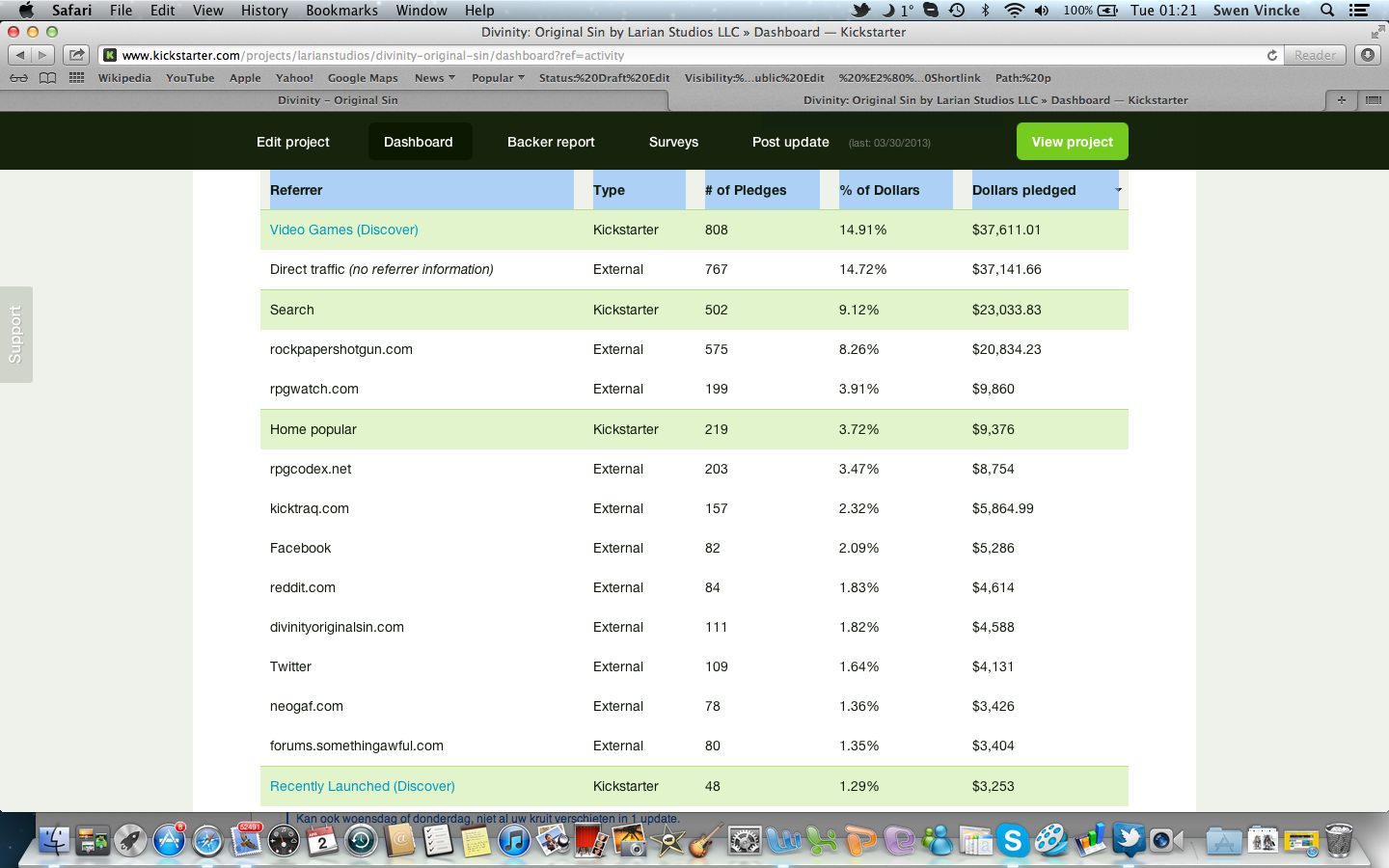 Kickstarter itself turns out to be pretty important as well as RPS, the Watch & the Codex.

Tomorrow we’re going to launch an update that is going to change our approach a little bit, focussing less on the features of what we’re doing and telling more of the story & world that we’ve been creating. We’ll also modify our rewards as much as we can & introduce a few new things. And, we’ll emphasise single player a bit more – it’s true that we didn’t do that enough whereas it’s actually the most important bit.

And with a bit of luck, there’s also be Dragon Commander news, because obviously, that team hasn’t been sitting idle!