I’m so glad I can finally talk to you about this! It was getting hard to talk about what we’re doing without actually saying what we were doing, so I’m really relieved that it’s finally in the open and that I can share my excitement for this.

In case you missed it, I’m of course referring to our recent announcement that we’ll be returning to Kickstarter with Divinity: Original Sin 2; our biggest and most ambitious RPG to date — one that will either sink us, or go on to be remembered as our best game ever! 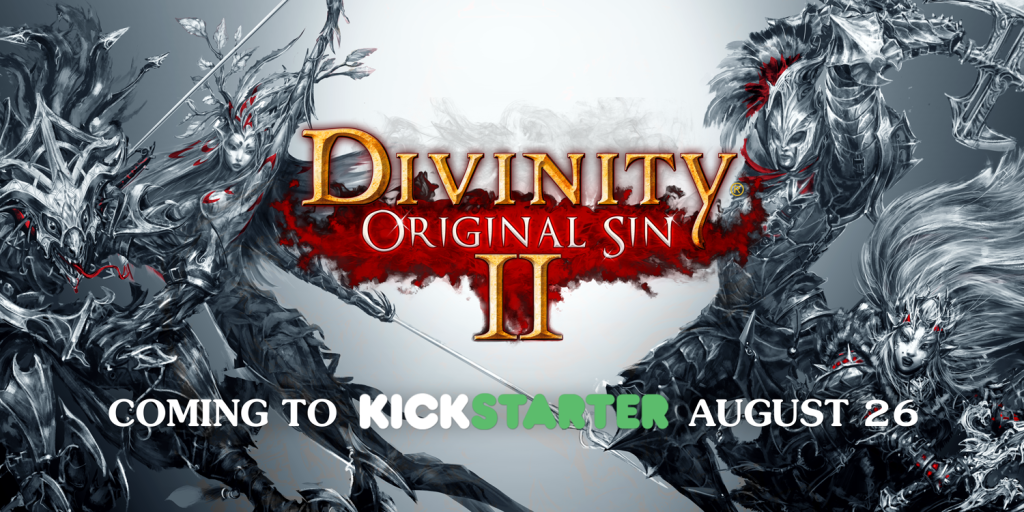 We’re saving the announcement of all the features for when the Kickstarter campaign launches on August 26th, so I won’t discuss those just yet. Instead, I thought I’d talk a little bit about why we’re returning to crowdfunding, and what our hopes and aspirations are.

Divinity: Original Sin wouldn’t be the game it was without the input from our Kickstarter backers & Steam Early Access players. There were a lot of them and they pushed us forwards in directions we hadn’t anticipated when we started development. To this day, our entire team is incredibly grateful for this. Our community was a critical factor for the success of the game. Without having that same community on board, I think it’s going to be very hard for us to achieve the goals we have with Divinity: Original Sin 2, and so we’ll do our very best to convince them to back us once again. The result at the end will be so much better if they do.

I’m hopeful that our players will find Divinity: Original Sin 2 a worthy cause to back though; it really goes beyond what’s been done so far in turn-based RPGs and it’s going to be a lot of fun to play. Actually, it already is and we’ll be showing a prototype at Pax Prime where people will be able to get a taste of it.

That also means we have much more room for fine-tuning. If we can convince our players to help us, then that should allow us to make a real diamond. When we made D: OS, we did a lot of experimentation with systems, constantly improving them and offering them to our players for feedback. I believe it was a shining example of the power of early access, which both provides a developer with feedback as well as the funding to integrate that feedback. It was also the best development process I’d ever seen.

Now that news about D:OS 2 is in the open, I can also talk a bit about the commercial reasoning behind making D:OS EE. By now, the investment we did in D:OS EE is beyond what most would consider reasonable, both financially and  in terms of time we’ve been putting in. But, other than allowing us to perfect the game which I think always make commercial sense, the work that is being done on D:OS EE would in any case still have had to be done for D:OS 2. So it’s not as if we haven’t been moving forward. On the contrary, all the money we’re investing in D:OS EE is also investment in the tech that’s powering D:OS 2. And the tech can do a lot.

Of course, returning to Kickstarter isn’t without risk. There’s no guarantee that we’ll have any success. If we were to fail, I guess that will mean we’re on the wrong track, and that we would have to return to the drawing board. It would be a real pity if that happens, but there’s no certainties in life, and perhaps we’re completely wrong about this. But that too would still be valuable feedback.

I’m hopeful though — there’s a small scene in D:OS 2, right at the beginning of the demo that we’ll be showing to press and players at Pax Prime. It’s a small detail, but every time I see it, my heart starts beating faster because of the enormous implications it has for the entire game. It was when I saw this that I felt sure about taking it to Kickstarter. I think other RPG players will recognize what it means for the game and their hearts will start beating faster also.

And I think they’ll want us to put as much of it as we possibly can in the game. We have the budget to do cool stuff already, but what we’ll be doing is something we can really take very far. How far will depend on how our Kickstarter campaign fares. Perhaps we’ll even be able to do very cool stuff – all the money we’ll hopefully raise with Kickstarter will be put on top of what we’re investing already to make the game better. The same scenario essentially as with the original D:OS.

It know it’s all a bit cryptic for the moment, but you’ll see it soon enough — on August 26th to be precise.For now, let me just say that this is getting very close the RPG that will dwarf them all, and I can’t wait to show it to you!

Given that we’re returning to Kickstarter, I’m of course very eager to hear your thoughts about what we should and shouldn’t be doing. In the past, the comment section in this blog has been a goldmine of advice for me & Larian, so I’m very curious to read what you all think.

And to be honest, also a bit nervous about it all 😉

Have a great day! (And don’t forget to send us suggestions for the campaign here)