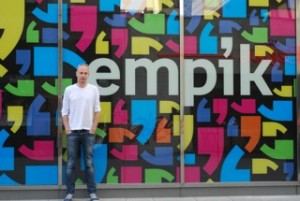 How much do you think this retailer gets when he sells one of my games?

I’ve seen some debate about some of my posts on the publishing side of the business and I noticed that a lot of people don’t understand the economics behind a game. Sadly, that includes a lot of developers too.

I’ll keep the overview very short but I think it might be helpful to have some numbers in place for future reference when I’ll discuss some of the finer aspects of royalty report manipulation I’ve seen.

So if you want to know how much you pay to who when buying a game, read on.

END_OF_DOCUMENT_TOKEN_TO_BE_REPLACED

I saw some interesting reactions to Why so many developers close their doors, here and on other sites. A fun consequence was that some guys from the Larian team approached me  voicing their concern that if I’ll actually post all the stuff I think on this topic, we’ll never manage to do any business in this industry again.

Figuring this was the perfect opportunity for me to take on my papa smurf look, I tried to calm their fears by lecturing them about our grand going independent strategy, and how it’s rooted in years of experience of talking to the “big publishers”. Read on If you want to figure out how I came to became a rebel, with plenty of reasons to shun the official prostration that goes on twice a year at events like Game Connection.

END_OF_DOCUMENT_TOKEN_TO_BE_REPLACED

One of the reasons I write here is to share information that can prevent developers making mistakes their colleagues made, and also to illustrate to players why developers so often look like poor farmers in a rich agriculture industry. Occasionally, whenever I remember one, I’ll try to write about a situation in which the roles were reversed, and the developer actually deserves to go to the inferno (though typically with the publisher in his slipstream 🙂 )

One such story is that of a major AAA publisher refusing to pay a minimum guarantee in a finished goods deal (i.e. they guaranteed to pay a fixed amount for a certain amount of units). Sales weren’t as good as hoped for, mainly due to poor reviews. Personally, I thought the game was a piece of @@@@ but that’s beside the point , and no, it’s not one of mine 😉

Since sales weren’t good, the publisher refused to pay the minimum guarantee. They claimed that the product wasn’t up to scratch (where I have to admit they really had a point), citing meta-critic reviews which averaged exactly 60%.

END_OF_DOCUMENT_TOKEN_TO_BE_REPLACED

A reply to my piece about “Why so many developers close their doors” explicitly contained one of the big myths about publisher-developer relations i.e. that the publisher takes all the risk.

I’d like to argue that actually it’s the developer that takes the highest risks and that a lot of publishers happily use the “we take all the risk” argument to squeeze developers into deals they shouldn’t be signing in the first place.

This is a big topic and I can write a book or two about it, so be aware that my arguments here miss nuance.

END_OF_DOCUMENT_TOKEN_TO_BE_REPLACED

This post gets a bit technical, but if you ever need to deal with a publishing agreement, you need to be aware of the stuff that follows. Not enough developers  are !

I told you about a friend developer who had a 50% royalty rate on a game that cost 2MUS$ to create and that sold over 500K units. I tried guessing how much money my friend developer received from the game. (Note that the numbers have been simplified for making my case and preventing identification of who I’m talking about, but the message stays the same.)

The game retailed at 49US$ so the price in wholesale must’ve been something around 39US$, meaning that on 100K units, 3.9MUS$ revenue would be generated.

Of those 3.9MUS$, the publisher could reasonably argue about 1.5MUS$ in costs, split over such esoteric goodies like sales cost, MDF, marketing, logistics, freight, first party royalty(it was a console title), dry goods & assembly.

Since over 500K units were sold, in theory there was 12MUS$ in profit, but obviously some further price reductions needed to be taken into account, so let’s say they made 10MUS$ .

Of that 10MUS$, I guessed my developer friend should get 5MUS$, but since he signed what’s called an advance versus royalty deal, the 2MUS$ he received for development should be subtracted from the 5MUS$.

That meant he should get 3MUS$.

But he got nothing.

END_OF_DOCUMENT_TOKEN_TO_BE_REPLACED

Some time ago I was having a rather vocal argument with a programmer who was hopelessly stuck in code misery that he’d created himself, misery he now considered to be my fault.  During the discussion I suddenly felt very dizzy. I blamed the dizziness on prolonged sleep deprivation so I decided to go home and rest a bit. The dizziness went away but I still had strong sensations of pressure in my head so I went to a doctor who told me that my blood pressure was way too high. He thought I was too young for that, so he suggested I adapted my diet, try to un-stress and if that didn’t help, he’d give me some medication.

The un-stressing part stressed me out, as I was in the middle of a bitter fight with a publisher over exactly when Larian was going to get some of the money I felt they owed us, and it looked like we were going to court.

This wasn’t the first time I was in such a situation, but it was the first time that my entire future was on the line, as to cover the lack of money in, I had pledged everything I had to my bank in order to safeguard “the continuity of the studio”, and I was looking at a potential personal debt of over a million $ if I didn’t manage to find some cash fast, as well as the prospect of having to fire 40 people.

END_OF_DOCUMENT_TOKEN_TO_BE_REPLACED

A quick calculation tells me that I leave about 40 mails per day unread. It’s not something I’m proud of, but it’s also not something that triggers any guilt feelings. Imho there isn’t any  moral obligation to read and respond to each and every single mail. From time to time however there is an unanswered email to which I feel I should’ve responded.

This one for instance, from publisher X:

>> Instead of finished goods, we’d like to offer you a worldwide publishing deal for Dragon Commander. Please tell me your financial expectations. You should consider that the good old days of selling a lot of units in retail are over<<

It’s been in my mailbox for several months because I wasn’t sure how to react initially. Then other stuff got inbetween so I just forgot about it. I only remembered about it today when I received a mail that referred to said publisher X.

>> “so yes, I would work with him as my last choice before i resort to true bastards like publisher X, but in general, i don’t think he has any passion in him. Anyway, you have much better options.”

So why hadn’t I responded to Publisher X ? Simply put, because the implied message was – Goodmorning, we’d like to rip you off , are you gullible enough ?

Why did I think that ? Well, I learnt that in general, the best way not to make any money on a game is to sign a worldwide publishing deal.