We’re entering our last six months of development on Dragon Commander, meaning that things are getting serious now. Pretty soon we’ll have to prove that our adventures and experiments in the wonderful land of independence and self-publishing were fruitful, and show that we’re capable of launching a game worldwide on our own, both digitally and via retail and preferably with a certain degree of success.

This is an example of the kind of stuff we've been doing trying to boost our reach on Facebook. It has some impact, but we have no idea if we're actually doing the right thing.

That success is far from certain, and there are plenty of cracks in the floor that we’ll need to hop over to break even on this game. This post is about a few very specific issues we’re dealing with, and I wanted to check if there’s anybody here reading this blog who has a couple of bright ideas that might help us forward. Your help will be most appreciated!

END_OF_DOCUMENT_TOKEN_TO_BE_REPLACED 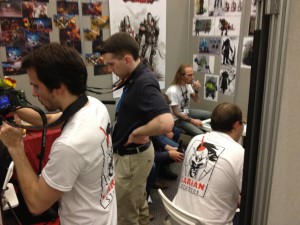